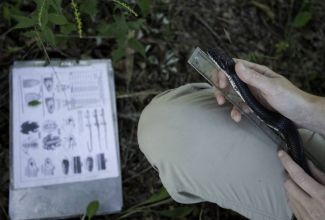 Amphibian and reptiles, also known as herpetofauna, are major components of our forest ecosystem due to their immense biomass! In fact, salamanders often have the greatest biomass of any vertebrate group in forested systems even though they are rarely observed.  Herpetofauna are also an important trophic link, serving as both predator and prey. Due to their habitat needs and limited dispersal capabilities herpetofauna can be susceptible to changes in the forest environment making them a critical taxon to study on MOFEP. Additionally, although amphibians and reptiles are both considered herpetofauna, they are quite different when it comes to physiology and therefore will likely respond differently to forest management.

Many herpetofauna studies have researched the immediate and localized impacts following a disturbance, such as forest management, but less is known about how herpetofauna respond to management over the long-term and at a broader scale, which is exactly what MOFEP aims to learn.

Evaluate the impacts of forest management on abundance and species composition of amphibian and reptile populations. 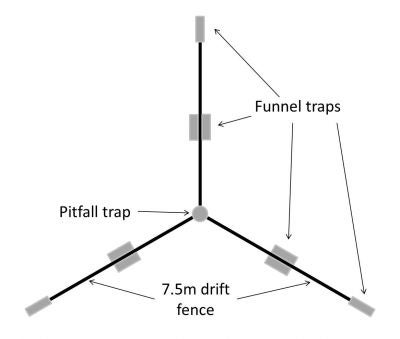 What we have learned so far

List of publications resulting from the MOFEP Herp project