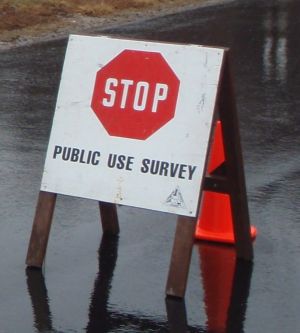 Trails at the Springfield Conservation Nature Center (SCNC) are heavily used, however many of the trail users do not use other resources and programs at SCNC. A recent visitor survey showed that over 60% of trail users have never been inside the building. There is no information on reasons why people choose not or are unable to use the SCNC and its many programs. In order to help SCNC staff better understand these trail users, three focus groups were held in May, 2011.

The internet was a popular source of information on leisure activities, as were local papers, television stations, and community bulletin boards at churches and grocery stores. Other sources commonly mentioned were outdoor stores such as Bass Pro Shop, which was viewed both as entertainment and a source of information, as well as recreation clubs such as running and biking clubs.

Interest was expressed in more “adult focused” nature walks held in the evening hours, toddler-specific programming and outdoor skills such as GPS training and survival skills. Gardening with native plants/sustainable gardening, educational programs on native plants and animals, and nature photography were interesting to many. Several suggested a program on exercise/fitness in the outdoors. Some were unaware of the activities SCNC offers. For example, they expressed the need for a digital photography class when one was occurring next door.

In one focus group, which had a slightly younger demographic and more participants in less traditional activities such as rock climbing, there was a lengthier discussion about how to get the word out about programs or displays. Many in the group relied on the internet, so avenues such as Twitter and Facebook were suggested. Outdoor activities were very important to this group socially. Web-based groups such as Meetup and SparkPeople were discussed, and several participants felt that SCNC was ideal to become a gathering place and launching off point for social groups.

In addition to positive comments about the wildlife viewing opportunities the trails provided, several people had comments on the trail layout. The options of short or long visits by using different loops without having to double-back were appreciated, as was the diversity of flat versus inclined areas. There was also some discussion of safety, with some participants stating that they always felt safe on the trails while others thought a safety phone should be installed. Safety concerns existed about the trail conditions and possibility for injury, as well as the fact that the trails and surrounding area are sometimes utilized by the homeless. 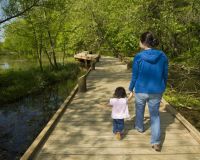