Results from the Missouri River Public Use Assessment 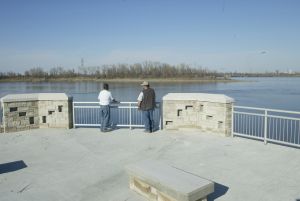 River users at public accesses and areas reported being involved in 71 different activities, including

Residence” users (those users of the Missouri River or its tributaries who gained access through private land not generally accessible to the public) spent 204,520 individual-days or 73,040 party-days using the river. In total they spent 2,573,560 individual-hours engaged in 53 different activities. Over one-half of this time was spent in “cottage use” (1.7 million individual-hours).

Other significant public use of the river included users with access from two clubs (St. Joseph Yacht Club and the 4F Flathead Club with 12,830 individual-days of use), fishing tournaments (753 participants and 604 non-participants reported), and three excursion boats (47,303 passengers reported).